It was lovely to see and hear about all of the technology and computers you found in your homes yesterday! Google nests, hoovers, tablets, TVs, remote controlled cars and much, much more, you came up with a huge list of home technology.

Some of those pieces of technology (e.g. tablets, computers, laptops, phones, Playstation, Nintendo Switch, XBox) use something called the internet. The internet is where lots and lots of computers can connect all around the world. It helps you to play games, watch videos, listen to music, find things out and much more. Nobody is in charge of, or owns, the internet so anybody can put anything on there and not all things are suitable for children.

I have a story for you today. Ask an adult if they will read it to you. It is about a little boy called Ben whose Grandma bought him a tablet. Click on the link below to read the story and find out what happened when Ben used the internet. Was Ben sensible? Did Ben make good choices? I have attached both a PDF and PowerPoint version of the story so that hopefully at least one of the two will open on your devices at home.

Once you have read the story, take a look at the discussion questions below from Twinkl. Ask an adult to ask you a question and then discuss what you think the right choice to make would be in each situation. 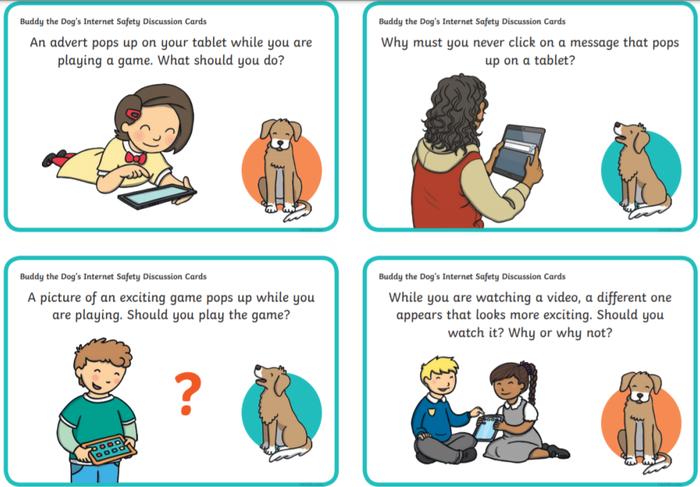 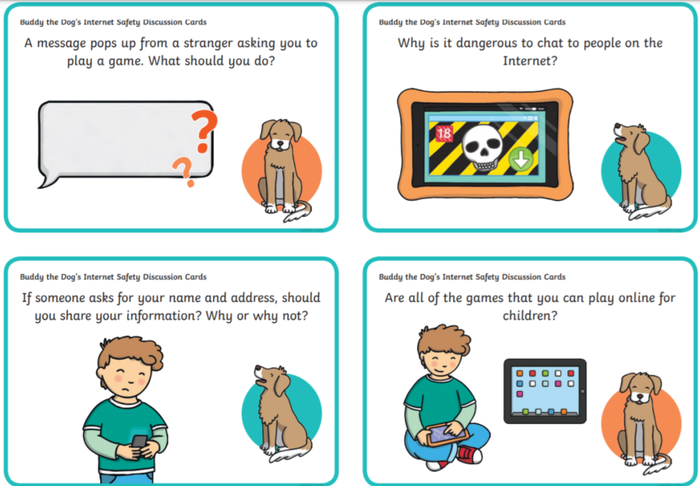