Re-read the Myth of Pandora’s Box, and the new paragraph beneath it.

The Myth of Pandora’s Box

Not hundreds but thousands of years ago, in ancient Greece, there lived two brothers called Epimetheus and Prometheus. Although they lived in a world where the gods were in charge, they liked nothing more than to annoy the gods. One day, Zeus, a particularly powerful god, decided to teach them a lesson.

Zeus ordered the gods to create a beautiful woman. Her name was Pandora and she was to marry Epimetheus. As a wedding present, Zeus gave Pandora a beautiful box but there was one special condition, she was never to open it!

All day Pandora’s husband Epimetheus was out working. All day all she could think about was what was in the box. Pandora could not understand why Zeus would give her a box that she could not open. It made no sense to her. Pandora was bored and lonely and her curiosity became unbearable.

One day, when she was sure that Epimetheus was out annoying the gods, Pandora searched for the key to open the box. “I know it’s here somewhere,” she muttered to herself as she opened cupboards and drawers. There it was, high on a shelf in their bedroom! With shaking hands, Pandora slid the key into the lock and turned it.

She took a deep breath, closed her eyes and slowly, with trembling hands, opened the lid of the box, imagining what could be inside: rubies as red as the blazing sunset, jewel encrusted gowns, piles of gold coins. But there were no coins or jewellery, no gowns or gems, for all at once every evil and spite, every sadness and misery flew out. Like a swarm of insects, they fled the house and infested the earth with heartache and sorrow.

Pandora slammed the lid shut and turned the key. “What have I done?” she sobbed, holding her head in her hands. Sometime later, Pandora noticed a fluttering sound coming from the box, as if something was trapped inside. Terrified, she pressed her ear to the box. “Let me out,” a small voice pleaded gently, “I mean you no harm.”

Once again, with shaking hands, Pandora unlocked the box and opened the lid. A beautiful butterfly of hope fluttered out of the box, for although Pandora had released pain and suffering into the world, she had also allowed hope to follow them.

Draw the evil that has come out of the box – here is one idea: 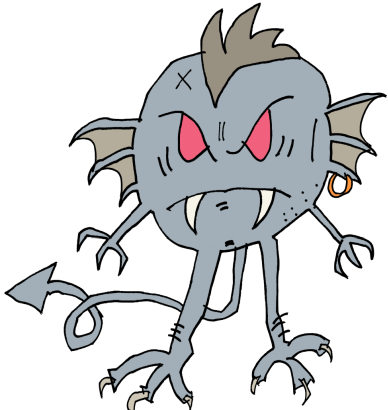